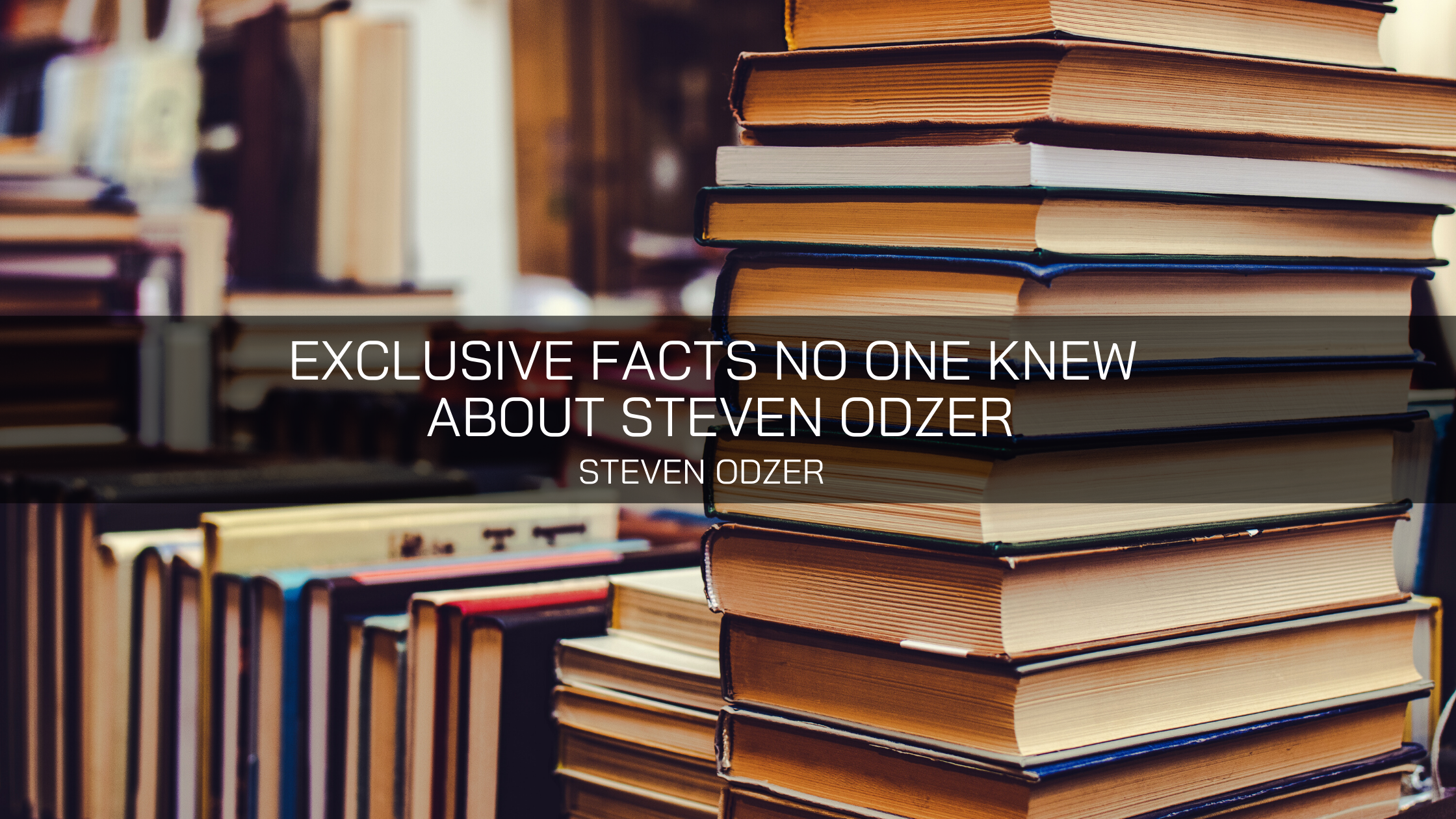 As a businessman with over 30 years of experience in the distribution industry, and someone who started selling goods door to door, Steven Odzer has an incredible story not known to many.

Where did you go to school?

I went to Yeshiva of Flatbush High School in Brooklyn. Once I graduated, I attended the Brooklyn College Scholars program. Education is one of the most important aspects of growth, so I wanted to help future generations achieve the same level of success I did. My strong belief that education can make a difference is why I created the Stephen Odzer Scholarship program. It’s a way for me to give back to the community. This year’s winners have been announced, but for future scholarship opportunities, students can visit https://www.stephenodzerscholarship.com/.

You talked a lot about how much you admire your father; what’s the most crucial advice your father gave you?

My father taught me to surround myself with important people. I get my inspiration from the business connections I make. Two of my partners are billionaires, and I stay involved with the Republic Jewish Coalition. I recently joined the Economic Club, where I have been able to meet some of the most successful business leaders in the world. My father was also a pillar of the community. On December 15, 2019, at the Ahavas Torah Center’s celebration of 8 Years of Torah and Community Growth Gala, they presented my father with a lifetime achievement award for his work in the Jewish community. I was honored to be able to accept this award for my father’s work.

Speaking of surrounding yourself with influential people, who are other businessmen who have inspired you?

Someone who really inspired me is Barry Halper, owner of a small percentage of the New York Yankees. His advice was invaluable when I started my company. Banker, Edmond Safra also inspired and helped me a lot.

Why did you choose the distribution industry?

I once said that janitorial supplies are not sexy items, but it’s big business. I think I always had the mentality of selling people products they needed. I started my first company at age 18 out of my parents’ basement. When I first started, I sold paper cups, napkins, and plates door to door in Flatbush, Brooklyn. I recognize it wasn’t a sexy business, but it was a business. It provided me a platform to create a business.

What are some plans for the future you’re excited about?

I am a big hockey fan, especially a Vegag Golden Knight fan, so I decided to merge two of my passions. We just announced a partnership with the Vegas Golden Knights NHL team. The partnership consists of the naming rights to their new arena in Henderson, Nevada. Lifeguard Arena will be our next significant partnership. The arena is on schedule to open later this year.

Aside from supporting agencies that hire people with disabilities, Steven Odzer also support causes such as both Jewish and non-Jewish causes, the AHRC, and Bris Avrohom, a large non-profit that helps Jewish immigrants from Russia integrate to life in the U.S. When he’s not working on his business, he enjoys spending his free time with his seven children and ten grandchildren.